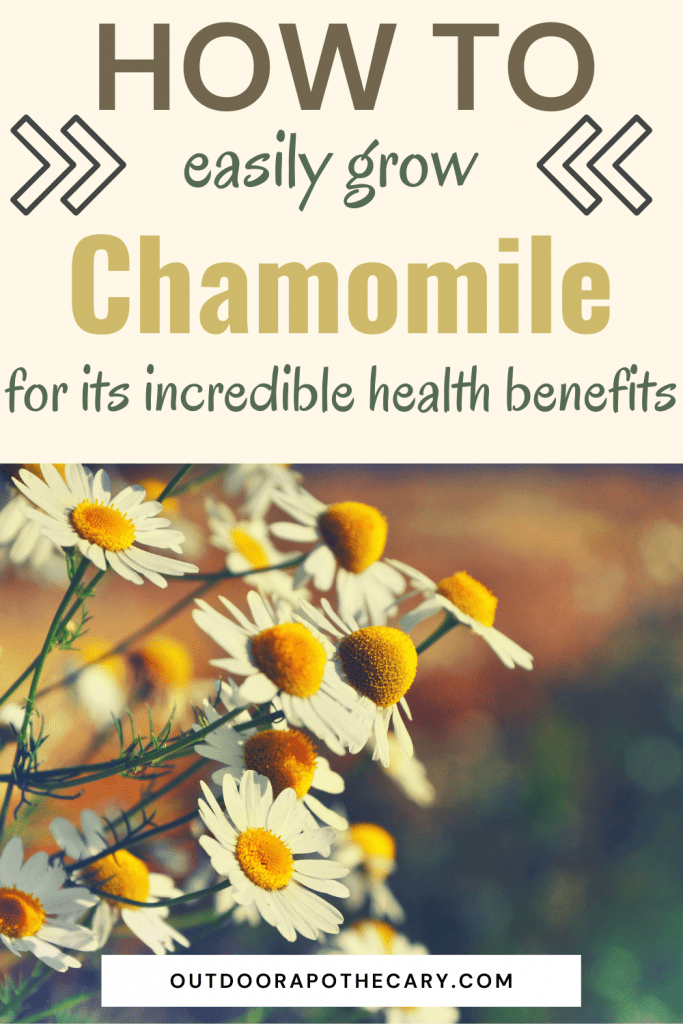 As beneficial as they are beautiful- if you’re not growing chamomile in your garden, then you’re missing out!

Chamomile is often dried and steeped in tea which packs a plethora of health benefits, and is one of my favorite tea ingredients.  In fact, I use it nightly in my own sleepy time tea recipe that really helps me to relax and fall asleep.

You’ll be surprised by how simple and easy chamomile is to grow, so you’ll never have to buy the store-bought stuff ever again.

To learn more about other herbs to grow for tea, check out my post Medicinal Herbs for Tea: Tips for Growing Your Own Amazing Garden 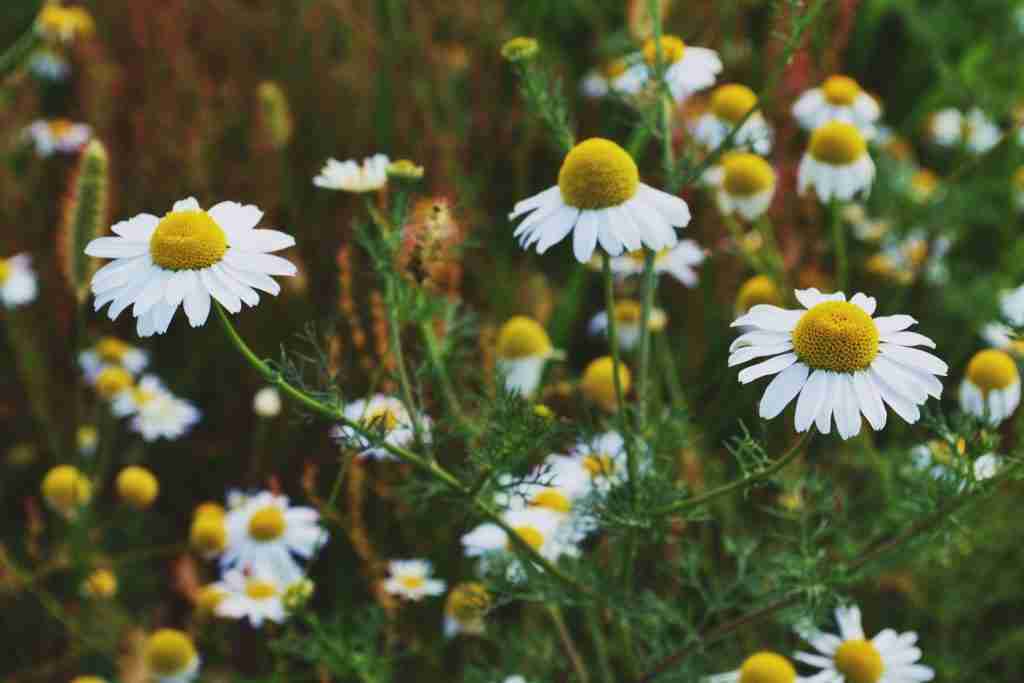 Roman and German chamomile have quite a few similarities. Let’s go over their similarities before we split them up by differences:

Both are native to Europe

Both are fast and easy growers

Chamomile in general is a very easy herb to grow in one’s home garden. It requires no fertilization, minimal watering, and is tolerant of most temperature and sunlight conditions. The average growth time for both varieties of chamomile is about 10 weeks, from seed to bloom. However, the earliest time you might see blossoms form is one month from sowing seeds, depending on the growing conditions.

Both are incredibly useful

German chamomile blooms flowers at a more rapid pace and is often the variety you’ll find packaged in the grocery store. However, Roman chamomile can still be used medicinally in the same way its counterpart is used. They are both listed as safe for consumption and offer a world of medicinal benefits that we will discuss in detail later on.

Not only is chamomile useful to the human body, but its presence is known to repel garden pests and attract pollinators to the garden. As a result, gardeners love to keep a pot of chamomile near their fruits and veggies for an all-around amazing harvest!

Despite the ways in which they are similar, they also do have very nuanced differences between these two varieties. Some examples of these differences are:

They are different plant types

They differ slightly in appearance 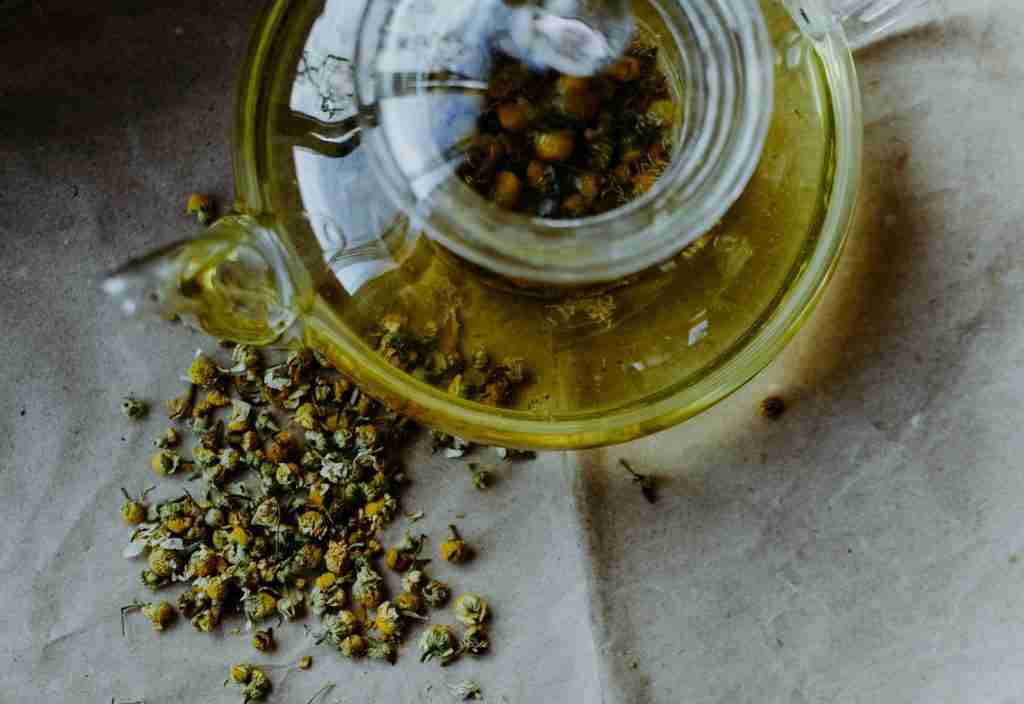 Chamomile is most famously used in tea, often marketed as a “sleepy time tea.” There is certainly truth to this, as chamomile is highly beneficial to improving sleep patterns. A study conducted by PubMed Central reported that those who drank 270 mg of chamomile twice a day over the course of 28 days reduced their chance of nighttime awakening by roughly 1/3. In addition, the test subjects also reported going to sleep faster than when they were not regularly consuming chamomile.

Subsequently, those who regularly consume chamomile tea have reported that they are in a better mood and attributed this to their improved sleep quality. A good night’s sleep is one of the key elements to improving your demeanor and reducing symptoms of depression.

Chamomile isn’t just beneficial to your mental health, but your physical health as well! Chamomile is loaded with a type of antioxidant called flavones. These antioxidants have been frequently studied for their effect on lowering blood pressure and cholesterol levels- both of which are linked to heart disease. Chamomile is also abundant with another antioxidant known as apigenin. Apigenin has been linked to fighting cancer cells- specifically breast, digestive tract, skin, prostate, and uterine cancer cells.

On top of all that, chamomile also contains anti-inflammatory properties, which can aid in improving digestion. There is limited scientific evidence that proves chamomile’s connection to digestive aid, though many chamomile drinkers swear by it. Some minor digestive conditions chamomile has been known to alleviate include stomach ulcers, nausea, and gas. 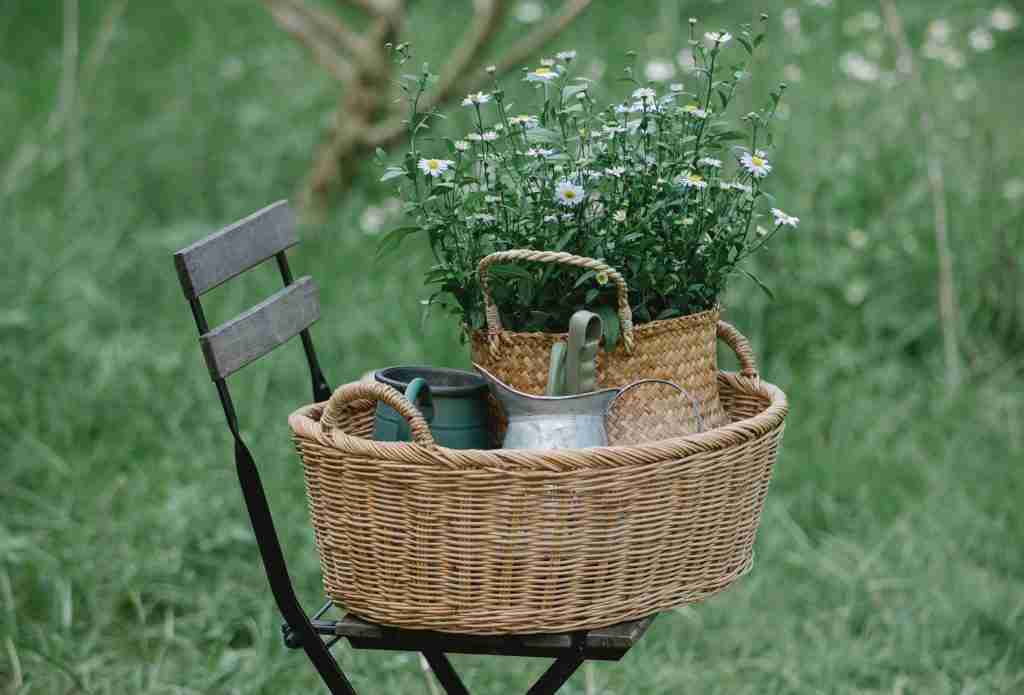 Chamomile is hardy to USDA zones 2 through 9, which is amazingly versatile for gardeners living in many different climates. As per their easygoing nature, chamomile is tolerant of a wide range of temperatures as well. While the ideal temperature for growing chamomile is between a temperate 60° to 68° F, this herb is capable of withstanding summer temps up to 100° F.

Chamomile grows best in a rich, organic soil- no matter if it’s the Roman or German variety. While chamomile is tolerant of poorer quality soil, gardeners should be cautioned because poor quality soil will cause the stems of the herb to be much floppier. Aim for a neutral pH level between 5.6 and 7.5.

Full sun or partial shade are both appropriate sunlight conditions for growing chamomile. Chamomile flowers best in full sunlight (6-8 hours a day), though gardeners living in hotter climates should consider opting for partial shade. The reason for this is because the intense sunlight might burn the flowers. Generally, the more light chamomile is exposed to, the faster it grows.

As a drought-tolerant herb, chamomile does not need to be deeply watered. The best method of watering chamomile is to wait until the plant begins to dry out before giving them another watering. However, if you live in a high zone and experience hot weather conditions, it might benefit your plant if you gave it extra watering.

Fertilizer is not a necessary part of growing  chamomile or for maintaining the plant- which is one less thing to worry about! Chamomile is a rapid self-sower and grows without the need for fertilization. A rich, organic soil will give your chamomile plants all the nourishment it needs throughout its life cycles.

Growing chamomile from seed is undoubtedly one of the simpler methods of adding this herb to your home garden. One of the most crucial elements to ensuring your chamomile seeds germinate is sunlight. Chamomile seeds thrive off of sunlight, especially in this very vulnerable stage of their life. After spreading out an even layer of seed, do not cover the seeds in soil. Instead, opt to gently push them onto the surface of the soil. Give them a good watering regularly. Chamomile seeds will germinate in approximately 10 to 14 days.

It is recommended to begin sowing chamomile seeds indoors six weeks prior to the last frost date. However, it is still completely viable to directly sow the seeds outdoors, albeit the production rate may be altered.

After your chamomile has fully matured and you have a beautiful abundance of these white flowers, it’s only natural to want to pick your chamomile and use it.

When it comes to harvesting chamomile, the time of day you harvest plays an important role. It is recommended that you wait for a dry day and harvest earlier in the day, after the morning dew has dried and the chamomile flower has opened completely. The proper way to pick chamomile flowers is by pinching off the blossoms individually. The entire stem should remain planted in the ground; do not tamper with the stem to allow regrowth. While picking off individual flowers might be a tedious task, using a berry rake can cut the work significantly.

While it may be very tempting to turn on the tea kettle and brew your fresh flowers, it might not be a great idea. Yes, fresh chamomile can certainly be brewed into tea. However, you’re going to end up using double the amount to get an acceptable flavor. You can easily dry out chamomile by evenly spreading it on a sheet pan and leaving it a warm, well-ventilated area. Once dry, you can store them in an airtight jar and they will last for about one year.

Chamomile isn’t often regarded as a popular herb that most gardeners grow in their home, but I wholeheartedly disagree. Having chamomile in your garden has so many benefits that go just beyond their good looks. From sleep aid, to digestive relief, to pest repellent, there’s few things chamomile can’t do.  Growing chamomile is easy  and requires little upkeep , so if you’re a newcomer you can still enjoy this miracle herb in your garden. If you haven’t added chamomile yet to your garden, then what are you waiting for? Give this herb a chance and thank me later! Victory Gardens are making a comeback. Here's what you need to get started making yours. 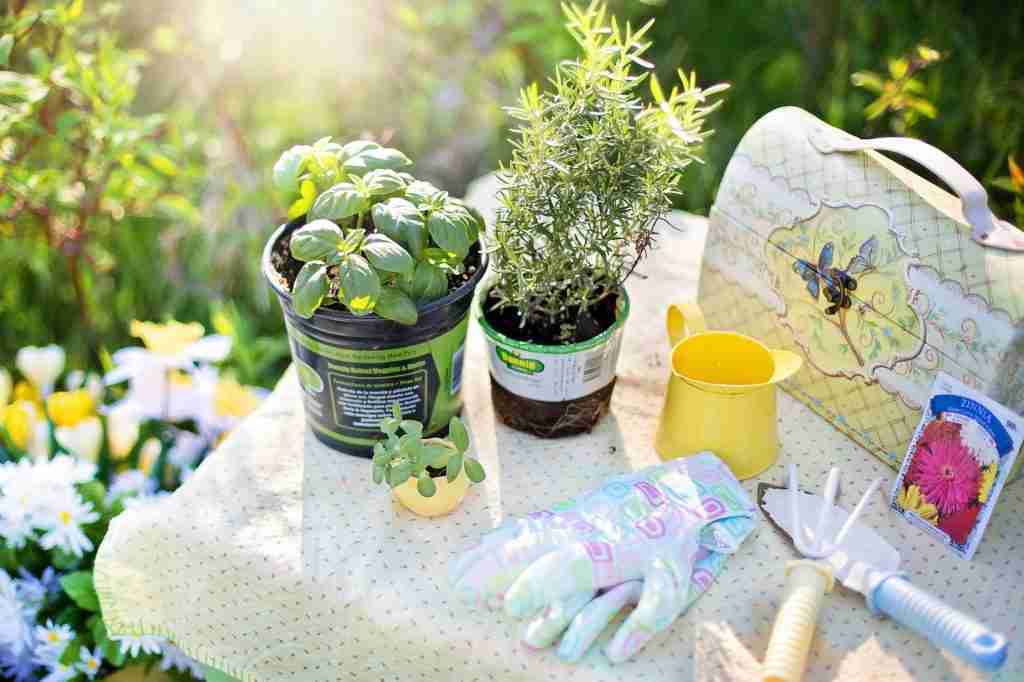 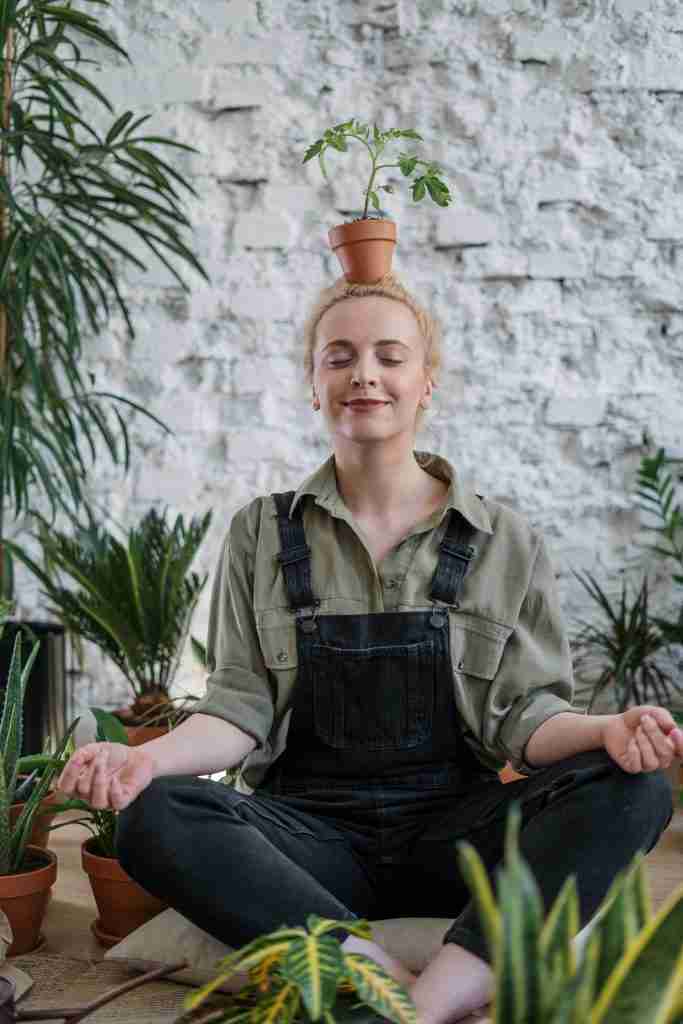 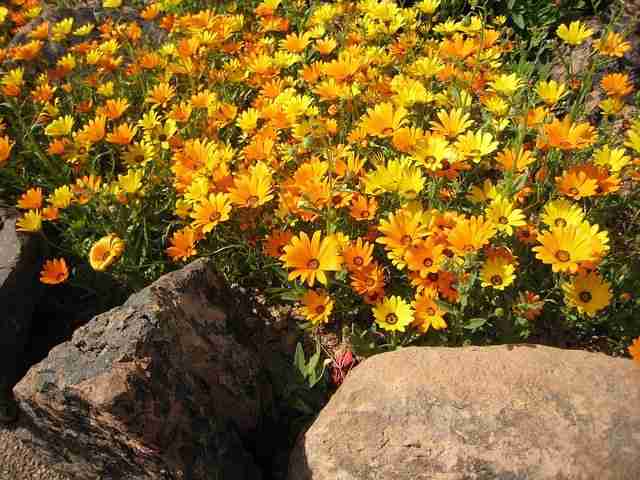 Learn about the amazing health benefits of calendula and its uses as a valuable medicinal herb that is prized by herbalists. 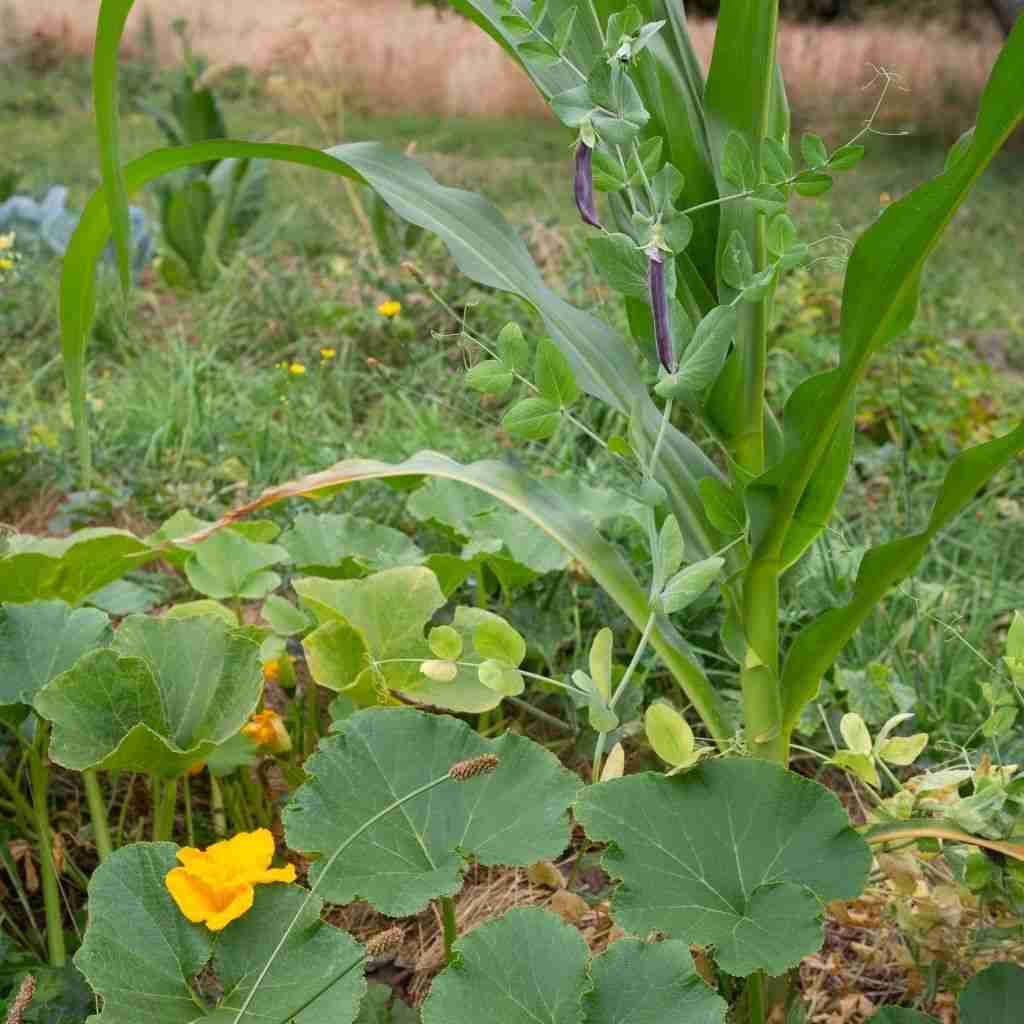 This article aims to share the basics of permaculture gardening and how to start a sustainable garden. 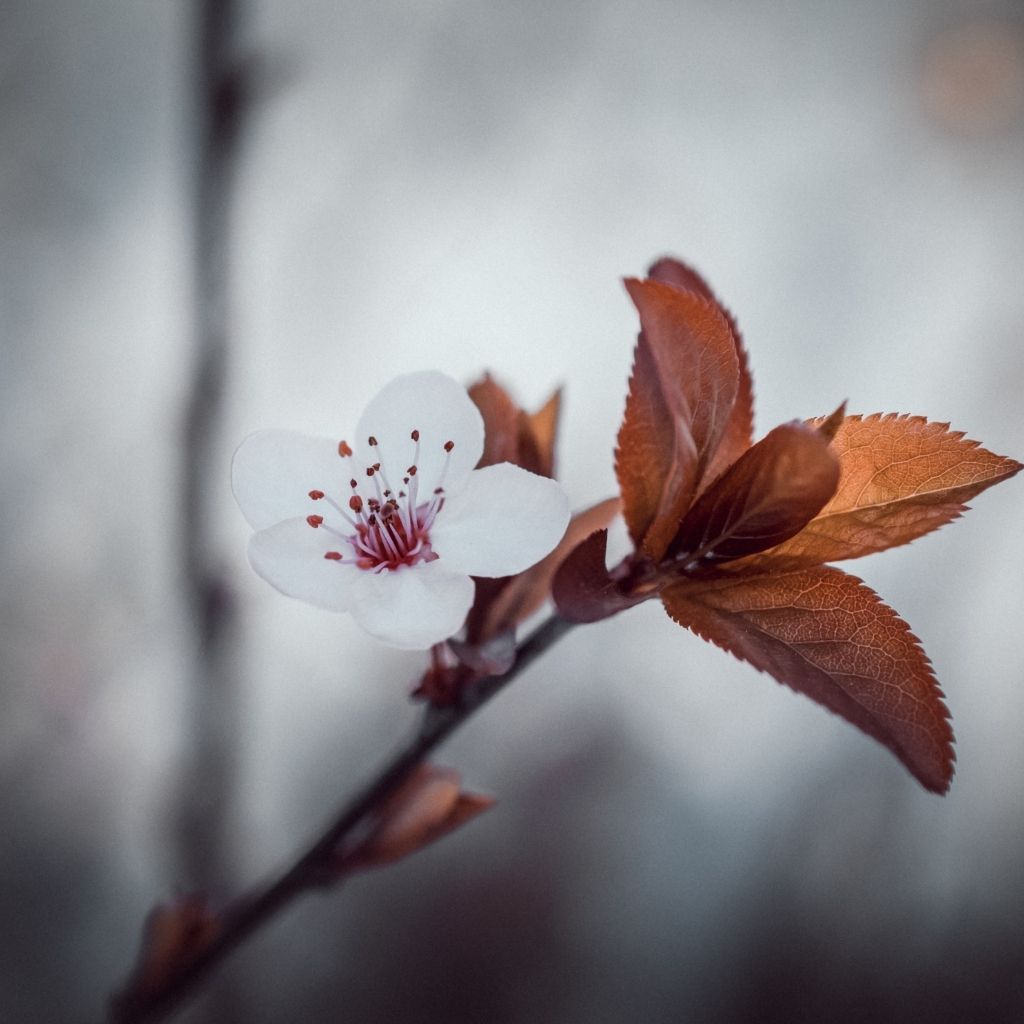 Bare root fruit trees are cheaper than container-grown trees, easier to plant and the first-year survival rate is much higher. In this article, we explain…