For me, connecting with nature has been my way of dealing with life when “life” gets to be too much.  There’s no denying how therapeutic it is to escape into nature and find your balance, or as I call it: Rewilding.

There’s nothing like spending time in nature to feed the soul. Whether it’s taking a long wilderness walk, working in a garden, or just sitting quietly outside with the sun on your face.  It’s these times when peopIe often feel the most at peace with themselves and the world.  The best part is that the feelings of peace and contentment lingers long after you are again removed from nature.

Have you ever felt that there’s more to life, more to you? Like there’s something fundamental that is missing from your life, but you just can’t really put your finger on it? It could very well be that you’re experiencing nature deficit. That’s right, a lack of nature in your life can have very real consequences which can leave you feeling out of balance and discontented. Rewilding for women could be just what you need to restore this balance.

Let’s delve into what rewilding for women even is and what it means to women in particular.

Rewilding or re-wilding typically refers to conservation efforts aimed at restoring a landscape or environment to its natural state. Rewilding places an emphasis on humans stepping back and leaving an area to nature, as opposed to more active forms of natural resource management. The goal of rewilding efforts in land management is to preserve functional ecosystems and reduce biodiversity loss.

What is Human Rewilding

Much like conservation efforts that are aimed at restoring a landscape to its natural state, human rewilding and rewilding for women means to return to a more wild or natural state of being. It’s looking at the conditions under which our ancestors lived and instead of viewing them as antiquated, seeing them as foundational and fundamental to our health and wellbeing, and looking for ways to integrate them back into our modern lives. 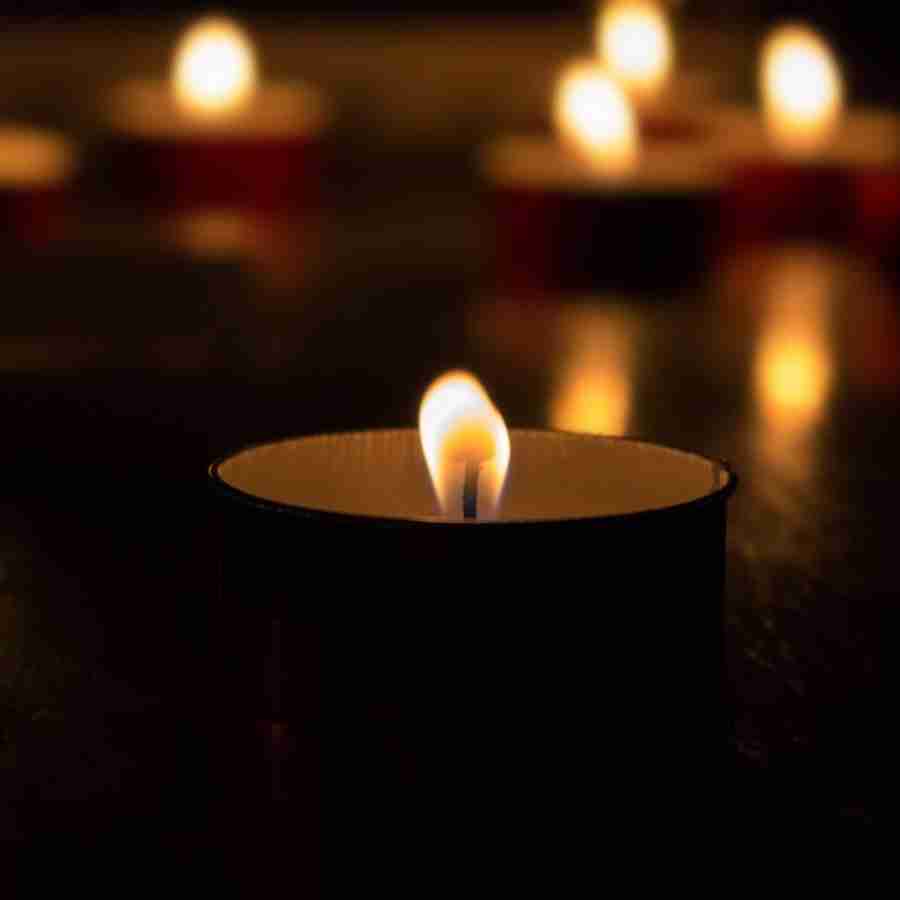 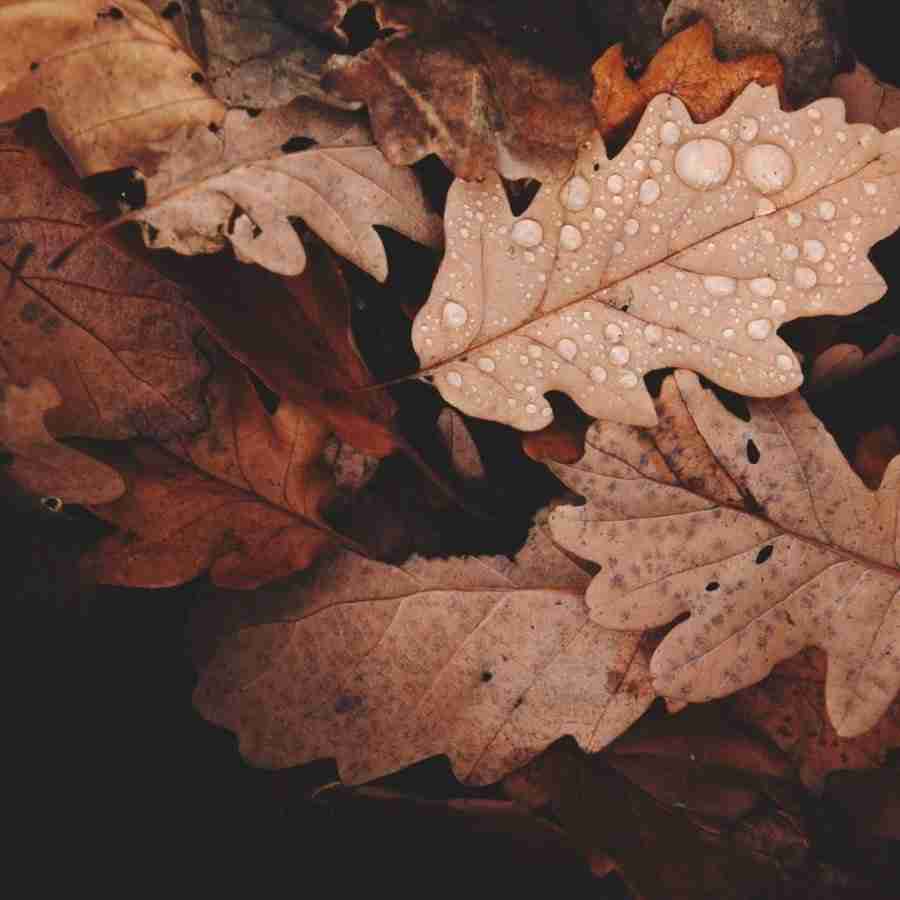 What Are the Benefits of Rewilding for Women?

Somewhere along the way, with gains and advances in technologies that promised to make our lives easier, we as women lost something too. We lost the wildness of ourselves, the part that was in sync with nature and Earth’s natural rhythms.

As women, we have a deep physiological and spiritual connection with the Earth and creation. Rewilding for women is a way to nurture and enhance that sacred connection. From the beginning of time our female ancestors lived with the rhythms of Earth’s natural patterns and cycles. This was true no matter where you lived in the world and is a common truth that binds women together. Not only do we have this in common, but we have also shared relationships with plants, animals, and the spiritual world within our human culture since time began.

Rewilding for women offers an opportunity to revitalize those connections and to reclaim the power and grace of our sacred womanhood.

One of the ways that our female ancestors were connected to Earth’s natural rhythms was through their connection with the moon. Despite being a quarter of Earth’s size, the moon quietly pulls Earth’s strings by controlling the ocean tides, influencing how we track time and affecting our moods and behaviors.

The moon has been gazed upon and revered for centuries by women who recognize it as a mystical force that connects our spiritual feminine selves.  For many people Indigenous to North America, the moon represents divine feminine energy and is known as Grandmother moon. The moon cycle—which is roughly the same length of time as a woman’s menstrual cycle—is seen as a sacred gift to women, often referred to as their moontime. It is a time to cleanse herself mentally, physically, emotionally and spiritually. The moontime is considered a time of power, second only to the ability of the Great Spirit to give life.

Researchers in a study published January 27 in Science Advances, analyzed long-term data from women and found that for some their periods synced with lunar light and gravity cycles at certain times in their lives. This is rare for women today, but was likely a common occurrence for our ancestors and proves how connected they were to nature.

The question remains…how do we regain our connection to nature and its rhythms?  With rewilding for women, there are some big and small things we can make a conscience effort to do to help us make those connections with mother earth.

How to Rewild My Life

Those of us that spend time outdoors are happier, healthier, more attentive, and immeasurably richer for that time spent , especially so when given the opportunity to be a participant rather than a mere spectator.

Wild places have the amazing ability to humbled us in the face of thier splendor and natural beauty. Our problems and selfish concerns shrink to a manageable size in the face of this grandeur.  How boring, uninspiring, and lackluster life would be without these places and creatures!

I think one of the most rewarding aspects of rewilding for women is that it is a direction, not a destination. None of us have to go back to our hunter-gatherer days in order to reap the benefits of health and connection. Instead, we can choose how we incorporate the values of our ancestors into our everyday lives. Rewilding doesn’t mean reverting back to an old way of life — it’s an opportunity for connection and true human evolution. The number one guide to understanding the wheel of the year - an ancient Celtic calendar based on festivals that celebrated our connection with nature. 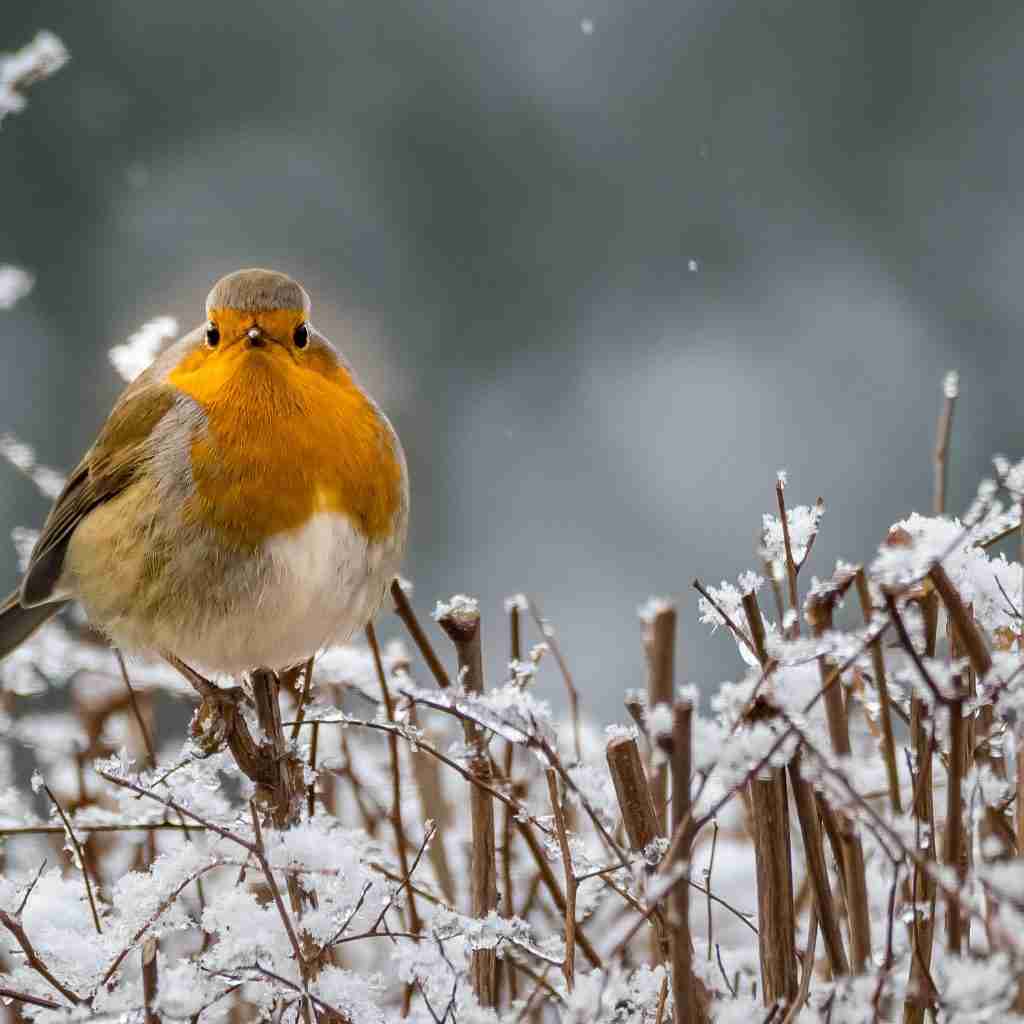 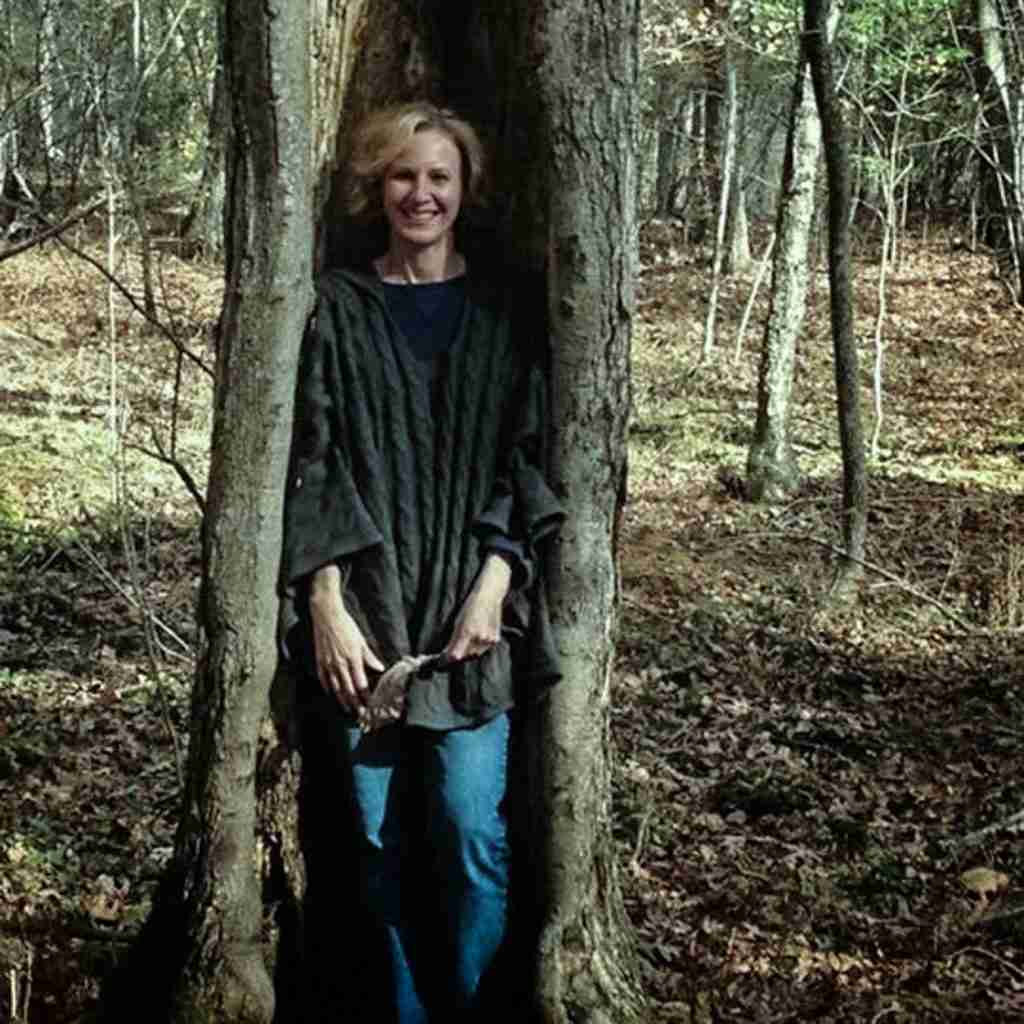 Learn the ancient art of forest bathing - the practice of immersing yourself in nature and consuming it with all of your physical senses. 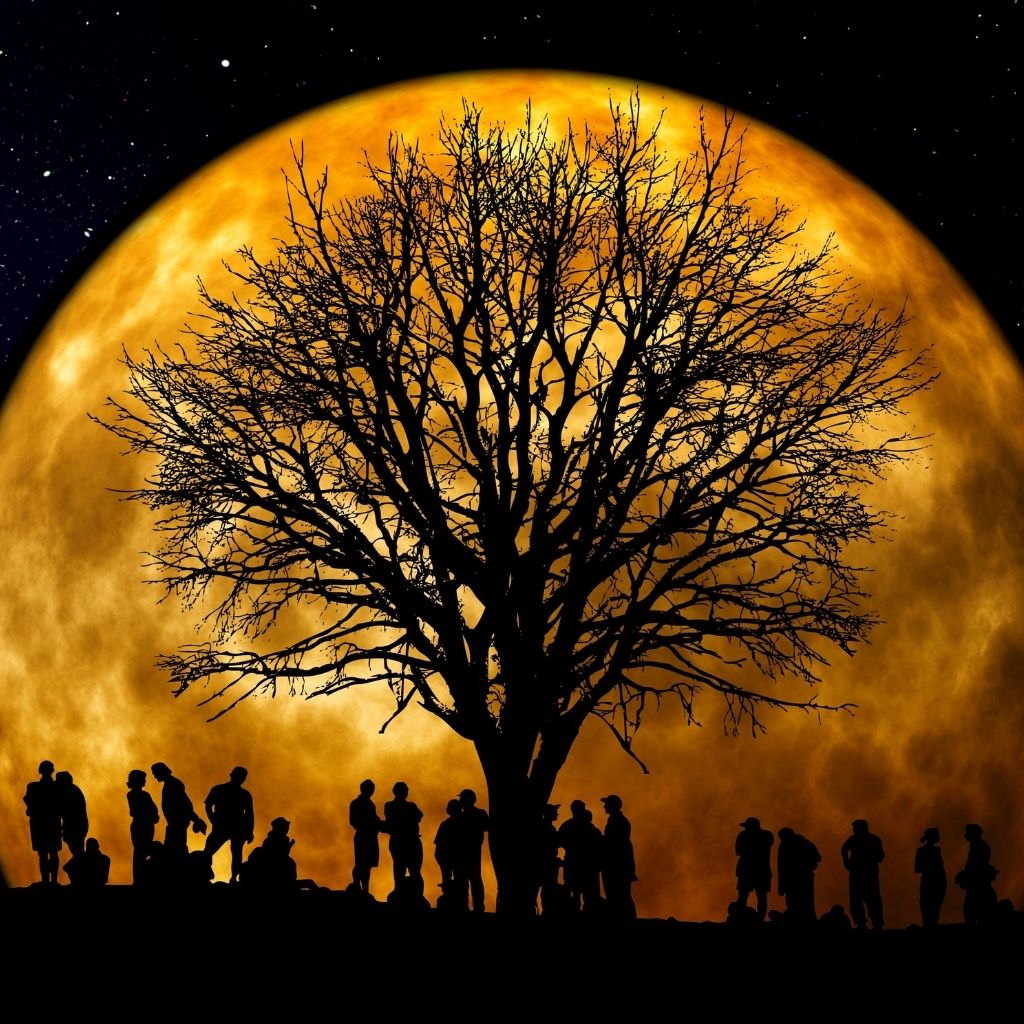 Discover how living by the moon can help you live in rhythm with nature, understand its effect on your health and well-being, and help in…

Bioregional herbalism focuses on knowing where your herbs come from, understanding how they interact with each other and with their environment, and using them in…

As we enter the start of Summer and the season of Litha, I thought I’d share what I’ll be focusing on this season and how…

1 thought on “Rewilding for Women: 24 Brilliant Ways To Rewild Your Life”